HAY: I first interviewed Janice about three years ago when her first book Death on Tour came out. I met her through Scott Montgomery, crime fiction coordinator at BookPeople. Janice was one of the most delightfully entertaining guests, better than some Pulitzer Prize winners with her bubbly spirit. She won a contest with her first book, which won the national Mystery Writers Minotaur contest for first crime novel. It was great to have her on the KAZI Book Review. Janice, your lead character, Jocelyn Shore, went from Egypt in the first novel, to Austin in the second, Death Makes the Cut, and now appears in a tiny Central Texas town in Death Rides Again, the third book. Why the new setting?

HAMRICK: Suggestions from my editor. I felt it would be good to bring her home to her natural habitat. You get to know a character better in her daily life. Plus I had all these stories from a Central Texas town that I just had to tell. In real life, Uncle Kel never pulled a shotgun on anybody. He does point a shotgun at Ruby June’s husband abusive husband in the book.

HAY: That caught my attention. Were you raising serious issues that resonated with you?

(The character) Jocelyn Shore just came to me. I was on a trip to Egypt, but with no murder or hot guys.

HAY: Hot guys are in every one of her books!

HAMRICK: She was a person whose ego was badly damaged, but not bitter. She still liked men. Wounded but grounded, a strong character.

HAY: I like the tension between Jocelyn and her cousin Kyla. She’s better looking and knows it. Did you want a foil?

HAMRICK: Yes, You either love Kyla or hate her. People come up and say to me “I cannot stand the things she does.” The two women have been close since high school. The new setting is Sand Creek. It looks idyllic, no issues, or problems, but there are currents running underneath.

HAY: In Death Rides Again, there are some money problems that surface. My favorite is the goat. It’s charming. It makes a couple of appearances as Jocelyn’s nemesis.

HAMRICK: It’s a small, minor nemesis. Goats have very strong personalities. Jocelyn needs assistance getting the goat out of her truck.

HAY: Let’s get to the love interest. Heaving bosoms? Colin Gallagher? They kinda sorta have a thing?

HAMRICK: In the first book, she falls in love with Alan. He doesn’t live in Austin. In the second book she meets this fascinating man, Colin Gallagher. She’s not somebody who would have two boyfriends normally, not two at a time. She has to make a decision.

HAY: You know that song, if you can’t be with the one you love, just love the one you’re with.

HAMRICK: I’m not sure about that.

HAY: Let’s talk about your writing process. You have a full-time job. What was different about writing the third book?

HAMRICK: The first book had already come out, the second one was ready to do stuff like this (gesturing to the meeting in the library). My editor said you need to be on Facebook, Twitter, etc. The additional load of work brought me into the business end. Before, I focused on writing. Now it’s like, Okay, I’ve written, now I have to go and tweet about it.

HAMRICK: It may be a generational thing for sure. All my friends are on Facebook. Then I have to worry about being interviewed and being witty.

HAY: Who was your favorite new character?

HAMRICK: I like him and cousin Chris. The shadier characters were fun to write about.

HAMRICK: Stereotypically good ole boy, big gut, big belt buckle, wheeler dealer, knows everyone in town. You like him at first, what a great guy. Then you learn he’ll sell you down the river.

HAY: How do you edit and write?

HAMRICK: I look at the last paragraph I wrote to get ready. I try not to go back until I’m all the way done. Until you get to the end, then you can go back to the rough places. I wake at five a.m. and write until I have to go to work, almost every day. It’s one to two hours a day. That’s just the amount of time I’m touching the keyboard. But I think about it all the time. As a writer you think about stuff all the time. You listen to people, a light bulb goes off. I’m not at the keyboard ten hours a day but still focus on the book.

An audience member asks if Janice Hamrick already knows what happens in a book. Does she already know who the killer is?

HAMRICK: I have to know the plot points, etc. I’m following a road map but taking all these day trips. That’s where the magic comes in. For instance, in one of the novels, somebody disappears. Jocelyn Shore was not half as worried as I was. Where was he? I had to keep writing until it worked out. It has to fit in a mystery. Magic happens between plot points. I’ve had tears running down my face when a character dies. They become very real to me.

HAY: Why is this third novel set in November?

HAMRICK: She still had boyfriends dangling around. I couldn’t wait that long, not until next summer.

HAY: Where are you now on your next book?

HAMRICK: Yes. I wanted to write in the third person and work with different characters.

HAY: Do you ban yourself from reading other mystery novels (while you’re writing)?

HAMRICK: I do. And it’s a problem. I go to writers’ presentations at BookPeople, I buy their books. But I don’t want to read them until I’m almost through writing. I usually read a lot of non fiction while I’m writing.

HAY: Who are your favorite Texas writers?

HAMRICK: Reavis Wortham, Karen MacInerney, and Jeff Abbott, who is a bit edgier.

HAY: Take off the Texas limitation.

HAY: What’s your advice to writers?

HAMRICK: Don’t listen to those negative voices in your head. If you start something, finish it. It’s what will make you grow and get better as a writer and help you realize your dreams. Tell that negative voice to leave you alone, you’re writing!

HAY: Check out the program on Facebook. I hope to get Janice Hamrick back on the show. Thanks for coming everybody, and thanks to the gorgeous Pflugerville library.

5 thoughts on “Janice Hamrick in Pflugerville” 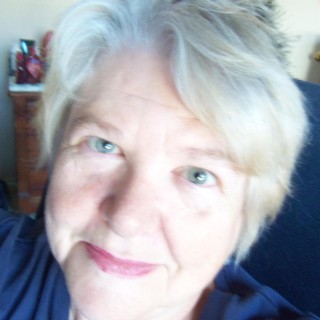